5 Best Desserts In The World 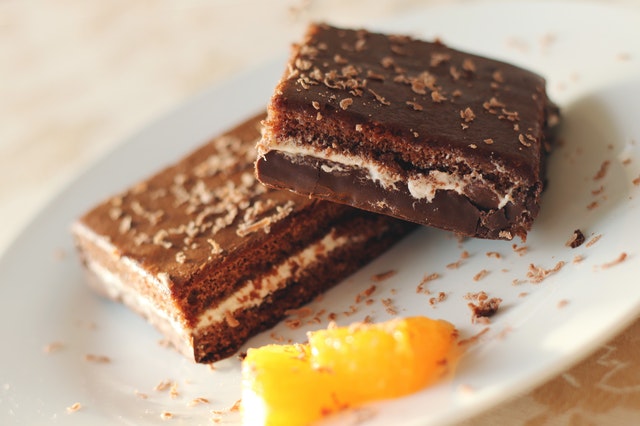 5 best desserts in the world

Even though appetizers and main course are enough for a night, but a scrumptious dinner without a delightful dessert is always curtailed. There are thousands of delectable desserts all over the world, each entirely different from the other. At times, it actually becomes really hard to decide which one to get. A light yet luscious dessert is something everyone demands.

There is a vast variety of desserts ranging from fruity and juicy to rich and chocolaty. Finishing off the meal with something special is obviously a good idea, right? If you think so too, then this list of mouth-watering and succulent desserts is really something you should have a look at. These desserts are perfect to satisfy your sweet tooth, for sure.

You might also recognize this flavorsome French dessert by the name Trinity Cream. It is one of the most popular desserts admired and eaten all across the world. It consists of rich, creamy and velvety custard topped with crunchy and crispy caramel crust which is slightly browned. The flavor usually chosen for the custard is Vanilla, but any other flavor can always be chosen, as per your choice. So, the next time you want to try a dessert, which is different yet full of flavor, honestly give Crème Brûlée a try for sure.

Yes, it resembles more like a big, round doughnut but it is actually hundred times more delicious, trust me. This Portuguese influenced dessert was first created by the African slaves in the 17th century. It actually doesn’t seem that old, right? But who cares, when the taste of the dessert is finger-licking good. Quindim is a custard-like creamy dessert made from ground coconut, egg yolks, and sugar, mainly. The dessert is served while it is cold which makes it twice as much yummier. So, indulge in its delightful taste and enjoy every bit of it.

While India is mainly known for its cultural diversity, it is not any less than any other country in the diversity of cuisine too. One of the most fascinating and appetizing desserts in India is Gulab Jamun. This South Asian dessert is now gaining popularity all across the world due to its distinctive yet lip-smacking flavor. It is typically made from milk solids, Khoa and Saffron. Whether you like it cold or hot, it will retain its delicious flavor at every temperature. The syrup can be chosen as the way you want as well. Sometimes ginger or with a hint of cardamom, however, you prefer. Amazing, isn’t?

Who doesn’t love chocolate? Well, there is a large population all across the globe who prefer chocolate over everything else. A chocolate brownie was initially made in the United States of America and gradually became popular all over the world. It’s rich, soft and delightful taste makes it a perfect after-dinner dessert. They can be eaten just alone or with a cup of hot milk too. It only depends how you prefer eating it.

England is known for its sophisticated and enticing desserts and when it comes to one of the finest and most scrumptious ones, Castle Pudding leads the list. It is basically a pudding served with strawberry jam dripping all over. If you are in a mood to try something delightful and tempting, you should definitely give castle pudding a try.

Every one of these desserts is simply flawless. The diversity in the flavors of all these desserts will certainly leave you mouth-watering. So, whenever you are in a mood to try a special, yummy and tantalizing dessert, these are the ones you should get.